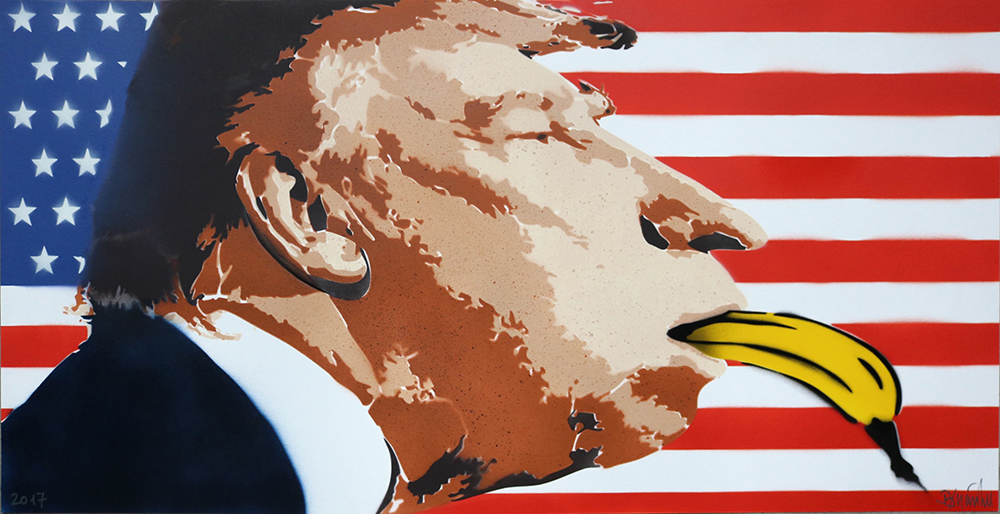 To reduce Thomas Baumgaertel (*1960 in Rheinberg) the German Pop-Art artist to the banana would be absolutely wrong. Nevertheless, it takes an important space in his oeuvre. Additionally, it has been serving as an icon to point out interesting places of art – since 1986. In his works Thomas Baumgaertel likes to provoke and polarize opinion, very often with a wink. He lives and works in Cologne.

For Marcin Berdyszak (*1964 in Poznan, PL) fruits in general have been a topic in many of his works. But there the meaning of the banana is quite different. In Poland it had been a luxury item because of currency shortage during communist times. Marcin Berdyszak presents it as a theme in installations and wall objects. He lives and works in Poznan where he has been a rector at the Academy of arts for some years and where he still teaches.